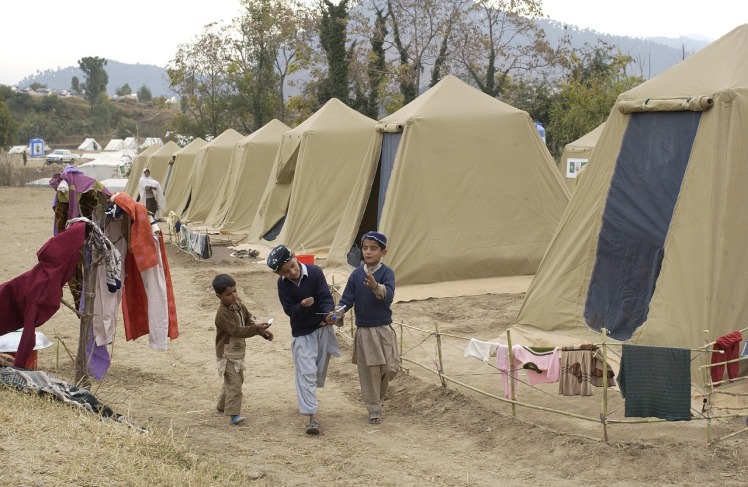 The numbers are formidable. More than 350,000 migrants arrived at the European Union’s borders between January and August this year. Numbers applying for asylum in 2014 were more than 600,000, mostly from Syria, Eritrea and Afghanistan — more than twice the number in 2011. Numbers are increasing exponentially, with 100,000 arriving in July alone, many on precarious boats and rafts supplied by unscrupulous people-traffickers.

It was also a week in which it was clear that a single photograph still has the power to cause governments to change course.

The image of a 3-year-old Syrian boy dressed in jeans and sports shoes lying dead in the sand of a Turkish beach caused a storm on social media and turned the political tide. Political leaders who had been treating the crisis as an immigration matter, and therefore one of border security, found themselves caught off guard by a wave of sympathy for Aylan Kurdi and his elder brother, 5-year-old Galip.

The world was ready to shrug it all off until that photo.

The United Nations’ refugee agency, UNHCR, estimates that more than 366,000 refugees and migrants have crossed the Mediterranean Sea to Europe this year.

At least 2,800 have died or disappeared during the journey. Those who make the crossing face uncertain futures in European nations, which differ in their approach to asylum seekers.

Why is this happening? There is a crisis of huge proportions in Syria. People are being executed for their lack of support of nightmarish control.

Check with your churches The Knights Of Columbus and UNICEF. These people need help.

“I’d like to start by making a fundamental point which I think has been overlooked in quite a lot of this crisis, The obligation and responsibility to refugees and persons in distress is not defined by their proximity to the place that caused the problem,” he explained. “I think it’s important to make that point, because the burden that is being taken at the moment by Lebanon, Turkey, and Jordan, and the burden in European terms being taken by the frontline States of the Mediterranean, in particular Greece and Italy, seems to by implication define a responsibility related to location rather than to the humanitarian concerns that we have.”

22 thoughts on “Plain English Explanation To Refugee Crisis In Europe”