Douglas Evans Coe, a lay minister known primarily for his unassuming personal relational and spiritual mentorship – from inner-city youth to national and international leaders – died today after a brief hospitalization following a
heart attack and stroke. He was 88.
“Doug Coe peacefully passed on to his reward this afternoon at his home in Annapolis, Maryland, surrounded by his wife, all five living children and spouses and most of his grand and great-grandchildren, who sang songs and hymns together by his bedside,” said A. Larry Ross, spokesperson for the family. “After decades of faithfulness to the calling on his life, he is now face-to-face with Jesus and reunited with many friends and family who preceded him, including his son, Jon.”
Coe, a descendant of early colonist Robert Coe, was born Oct. 20, 1928, in Medford, Oregon, had a rich spiritual heritage, beginning with a missionary grandfather who was a circuit-riding preacher in the Cook Inlet region of Alaska and a grandmother who ministered to native indigenous people in the area. He was raised by his father Milton Evans Coe, the Oregon state superintendent of schools, and mother Lodi Helene (Davis) Coe, who spent hours on her knees praying for her son, knowing he preferred basketball to practicing religion. He studied math and physics at Willamette University in nearby Salem, receiving a Bachelor of Science degree in 1949, several months after marrying the former Janice Muyskens of Salem.
While a student, Coe first became involved in Young Life campus youth ministry, and then eventually started a chapter of the college student ministry InterVarsity Christian Fellowship. Through his favorite professor-later-turned politician, Mark Hatfield, he met a number of important Christian leaders, including evangelist Billy Graham and Dr. Abraham Vereide.
Vereide challenged Coe with his visionary approach of changing the hearts of leaders to be “led by God, empowered by his Spirit.” They regularly met together for breakfast and prayer, often joined by friends around the state, whom Vereide counseled and encouraged to study the life of Jesus of Nazareth and his teachings, especially about the poor and disenfranchised.
After working for nearly a decade with Young Life and the Navigators, in 1958 at the age of 30, Coe, along with other trusted friends and advisors, was recruited by Vereide to move to Washington, D.C. They were asked to provide consensus leadership as a team to continue the mission of a new movement called International Christian Leadership, precursor to the Fellowship, now the International Foundation. After the death of his mentor in 1969, the visionary-led organization transitioned to a vision-directed model after the approach of Jesus.
Under Coe’s guidance, the work became more intentionally and intensely personal, focusing on people-to-people relationships and serving individuals in need. That involved inner-city poor and disenfranchised youth across the globe as well as an international network of Congressional leaders and military leaders, parliamentarians and business executives.
Included among the small group fellowship meetings were weekly House and Senate prayer groups, which met to deepen friendships, to pray and counsel together; Coe sat in on those sessions for more than 50 years, speaking only once in five decades. In 1953, both groups jointly invited President Eisenhower to gather with them collectively for what became the first annual National Prayer Breakfast, to seek the Lord’s guidance and strength and dedicate the nation and themselves to God and His purposes. 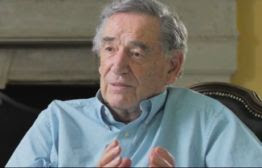 Coe was able to facilitate important meetings with world leaders, helping them find ways, through Jesus’ teachings, example and Spirit, to build relationships, strengthen the family of nations and further the cause of peace and justice across the globe. Presidents and prime ministers called him friend, but his priority remained ensuring they and others had a relationship with Jesus.
“I am called simply to be an inclusive ambassador of Jesus Christ’s love,” Coe wrote. “Early on I thought the work of God was evangelism, but I soon realized the only person I could evangelize or disciple was myself. I learned from Billy Graham that the Gospel isn’t three or five points; it’s a Person – Jesus. God is love, and since Jesus is God, then the Gospel is also love.”
Coe strategically avoided a public life and attention from the press. He wanted to lift up Jesus and stay out of the way. When TIME named him one of the nation’s 25 most influential Evangelicals in 2005, he asked them to remove him from the list, and when the editors refused, he declined to provide a photograph of himself. While shunning the spotlight, Coe enjoyed working quietly behind-the-scenes to help introduce people of all walks, cultures, nations and faiths to Jesus of Nazareth.
One of Coe’s life goals was to visit each of the nations of the world, to personally pray for “laborers” for the work of God in around the globe. While there, he would often meet with top government leaders, encouraging them to turn their hearts and attention to the poor, the widowed and the orphans in their country. In 2005 years before his death, he shared with friends about the two nations to which he hadn’t yet traveled – the Pitcairn Islands in the South Pacific and the Principality of Andorra in the Pyrenees mountains between France and Spain – and they encouraged and accompanied him to complete the task.
“I am so proud of Doug and his decades of service to our Lord, constantly pointing the way to Jesus rather than elevating himself,” said Janice Coe, his wife of 68 years. “We are going to miss him, but are comforted knowing that he is now in the presence of Jesus, whom he faithfully served all of these years.”
In addition to Janice, Coe is survived by five children (and spouses), including daughters, Debbie (Doug) Burleigh of Annapolis, Maryland, Paula (Lee) Corder of Arlington, Virginia and Becky (Ken) Wagner of Annapolis, Maryland; sons, David (Alden) Coe of Annapolis, Maryland and Timothy (Elena) Coe of Annapolis, Maryland; 21 grandchildren; and 56 great-grandchildren. His son, Jonathan Coe of Arlington, Virginia, husband of Lisa Coe Parker, preceded him in death in 1985.
Individuals and friends wishing to send personal testimonies or reflections about Coe’s impact on their lives can forward verbal and visual photo memories to dougcoefamily@gmail.com, for inclusion in a “Book of Remembrance” to be shared with the Coe family.
Following a private family service and interment, a public memorial service will take place at McLean Bible Church, 8925 Leesburg Pike, Vienna, Virginia, at 11:00 a. m. EST on Friday, March 3, 2017, and will also be live-streamed at www.mcleanbible.org/live-broadcast. In lieu of flowers, memorial gifts may be donated to: Doug Coe Memorial Fund, The International Foundation, P.O. Box 23813, Washington D.C., 20026.