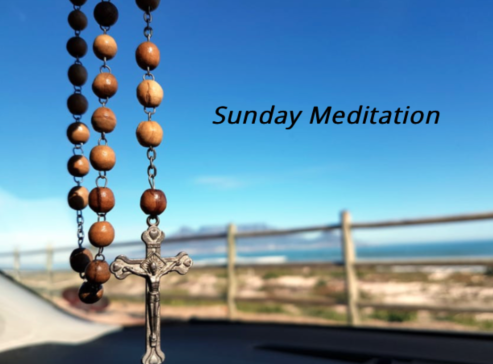 What can shepherding teach us about God and our relationship with him?

At the end of each day the shepherd brought his sheep into shelter. They knew the voice of their shepherd and came at his beckoning. So familiar was the shepherd and his sheep, that each was called by a distinct name. In the winter the sheep were usually brought to a communal village shelter which was locked and kept secure by a guardian.

In the summer months the sheep were usually kept out in the fields and then gathered into a fold at night which was guarded by a shepherd throughout the night. He was literally the door through which the sheep had to pass.

The Scriptures describe God as a shepherd who brings security and peace to his people. The Lord will keep your going out and your coming in from this time forth and for evermore (Psalm 120:8).

Even the leaders of God’s people are called shepherds: they shall lead them out and bring them in; that the congregation of the Lord may not be as sheep which have no shepherd (Numbers 27:17). Just as a shepherd kept watch over his sheep and protected them from danger, so Jesus stands watch over his people as the Shepherd and Guardian of our souls (1 Peter 2:25).

Do you know the peace and security of a life fully submitted to God?