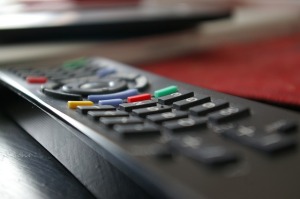 Season nine of the award-winning documentary seriesAfroPoP: The Ultimate Cultural Exchange ends with the empowering story of one man who stood up to change his culture, saving generations of children. John Rowe’s visually stunning Omo Child: The River and the Bush demonstrates how one determined individual can transform an entire society.

This multiple award-winning film shot over five years captures a young man’s crusade to end an ancient cultural practice. In the Omo Valley of Ethiopia, the Kara tribe maintained an unimaginable tradition: killing infants thought to be cursed. Risking his own life, Lale Labuko, who had left the area to live in the wider society, creates a movement to change the practice that threatens the lives of healthy babies and the eventual extinction of his tribe.

“How many of us can stand firm and alone against the leaders of our community to right a wrong in the face of ostracism and threat of physical harm? Lale Labuko’s quest to end this harmful practice and move his community towards a more humane future is both inspirational and empowering, and a call for us all to stand firm against injustice,” said NBPC Director of Programs and Acquisitions and AfroPoP Co-Executive Producer Kay Shaw. “Omo Child touched me in ways few films have and left me hopeful for our future.”

Other films in the series this season include:

This season’s episodes of AfroPoP can be seen online at worldchannel.org. APT will release the series to the nation’s public television stations later this month. Check local listings orwww.APTonline.org.

AfroPoP: The Ultimate Cultural Exchange is produced by Angela Tucker and directed by Duana Butler with the generous support of the Corporation for Public Broadcasting and National Endowment for the Arts.

To find out more about AfroPoP, visit www.blackpublicmedia.org.