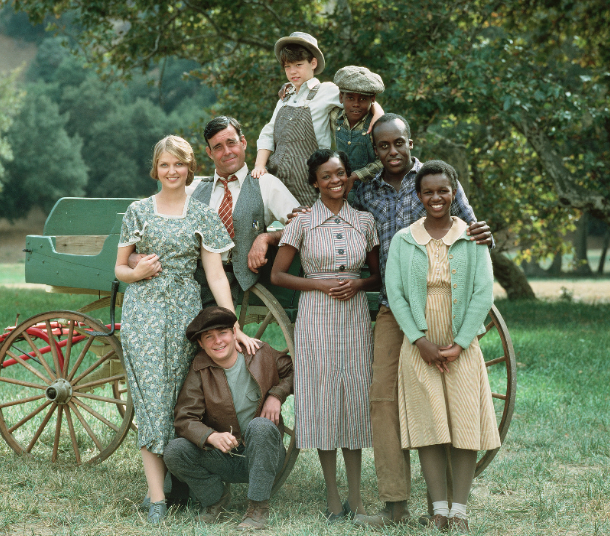 This month, getTV is commemorating Black History Month with a salute to the 20th Century’s pioneers who triumphantly overcame societal barriers and paved the way for today’s generation of artists and entertainers in the areas of drama, comedy and music.

Jeff Meier, SVP of Programming and General Manager of getTV said, “We wanted to honor the ‘barrier-breakers’ in popular culture who defied the conventions of the times and give getTV viewers the opportunity to experience their tremendous talents.”

On February 18 at 7:30PM ET/6:30 C, getTV will air the first two episodes of “Palmerstown, USA,” a 17-episode family drama series from 2017 Kennedy Center honoree, producer Norman Lear (“All in the Family,” “Sanford and Son,” “Good Times”), and Roots’ author Alex Haley that has not been shown on television in decades. Among the cast members of this Depression-era tale, set in the South, is a pre-“Family Ties” Michael J. Fox and guest stars include Academy Award winners Morgan Freeman, Louis Gossett, Jr. (who received an Emmy nomination for Best Lead Actor in a Dramatic Series for “Palmerstown, USA“), Danny Glover, David Caruso and Academy Award nominees Beah Richards and Alfre Woodard.

On Sundays at 10PM ET/9 C, getTV will showcase the comedy of trailblazer Flip Wilson, whom The New York Times called “the first black entertainer to host a successful weekly variety show on national television.” Best known for his sassy female character Geraldine, who made “The devil made me do that” and “What you see is what you get” national catchphrases, Wilson’s Emmy-winning series “Flip” ran from September 1970 to February 1974 and was followed by a number of network specials.  Starting February 11, getTV will air one of Wilson’s hour-long specials which haven’t aired on television since they were first produced more than 40 years ago.

On February 11, the first of the specials, “Flip Wilson…Of Course,” features iconic comedian Richard Pryor (and was produced by a pre-SNL Lorne Michaels). Leading into the special, at 8PM ET/7 C that evening, Pryor stars in “See No Evil, Hear No Evil,” a 1989 comedy reteaming him with Gene Wilder, following their co-starring turns in “Silver Streak” and “Stir Crazy.” At 11PM ET/10 C, following “Flip Wilson…Of Course,” is a mid-60s episode of “The Merv Griffin Show” offering viewers the opportunity to see an early appearance by Pryor.

Subsequent Sundays at 10PM feature Wilson specials with Sammy Davis Jr. (February 18), and with Cher and a return visit from Pryor (February 25).

For night owls, this month getTV has devoted its ‘Get Lost in TV’ late night block to these legends every Sunday beginning at midnight with a mix of variety specials and notable sitcom episodes. Sunday, February 11 will be devoted to shows featuring groundbreaking comedians such as Redd Foxx, Paul Mooney, Moms Mabley and Dick Gregory. getTV’s February 18 lineup features programs with trailblazing musical entertainers Sammy Davis Jr. and Lena Horne, along with Lola Falana, Dionne Warwick and Whitney Houston.  On February 25, getTV celebrates Motown with specials starring the Jackson 5, Diana Ross & the Supremes, Smokey Robinson, Temptations and Stevie Wonder.