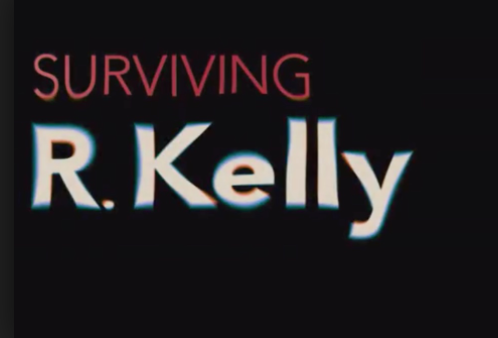 For the last few days, I have been watching  social media melt down over Lifetime television’s documentary ‘Surviving R. Kelly’. There should be a follow up called ‘Ruined by Playboy’ or ‘ Stripped of Decency By Popular Culture’ .

Listen, I am a Generation Xer who came of age during the height of MTV and Tawny Katean writhing on car tops.  I am no angel. Keith Sweat spent all of my teen years groveling. Yet, there was a distinct difference.  Keith  wanted to keep  you for life. Today’s music mavens want to have a good time with you and move on to the next.  These are big lyrical differences.

I cannot  believe people are shocked and appalled by  the behavior that R.Kelly has perpetuated over decades. His lyrics and show never hid who he was.  In addition, we have watched his behavior replicated in other artists and have said NOTHING.

We watch the behavior on a regular basis. We see the sexualization and disgusting depraved behavior that passes as entertainment and  basic living these days everywhere. You walk in to  a store and see you see barely there clothing for children.

I go to the grocery store and see young women  dressing in skin tight pants  with excessive cleavage. Advertisements include half naked women in just about everything. Everyone always wants to go out to the bar or some crap to find people to have sex with. If you are not wearing items like that you are ignored and told you are an auntie or old. No, I jut respect my temple. But, I will talk about that at another time.

When you look at R. Kelly you come across something that was nit pointedly mentioned. If you take a look

The truth is that we have accepted  the base lie that sex is simply for pleasure. It doesn’t have a larger meaning. Yes, I said it. At the heart of Mr. Kelly’s issue is just that. His depraved nature and want of pleasure. Men and women who came of age during the sixties, seventies, or eighties, or whose experience with pornography dates to those eras, think of pornography in terms of gauzy centerfolds, outre sexuality, women’s liberation, and the Hugh Hefner lifestyle. Back then, the lines between softcore and hardcore pornography were clear and distinguishable.  Unfortunately, the lines between normal and not normal behavior blurred. Mr. Kelly came of age during that time. Yes, he is emotionally stunted and left in perverse puberty.

We now face a very different reality. Today, pornography is so seamlessly integrated into popular culture that embarrassment or surreptitiousness is no longer part of the equation. Jacquees has utterly obscene lyrics. I don’t find him talented at all. Even Chris Brown has grown into a crooner for sex.  It’s all just too much!

While increasing numbers of women are involved with pornography in various ways–as producers, users, distributors, and victims–the major users of sexual pornography are men, both young and old.

The statistics are truly frightening. According to industry studies, seventy percent of eighteen-to-twenty-four-year-old men visit pornographic sites in a typical month. These young men represent something like one-fourth of all visitors to pornography sites on the Internet. The next largest group of users are young men in their twenties and thirties, 66 percent of whom report being regular users of pornography.

The appeal of pornography to teenage boys and young men is clear. Highly interested in sex, young males find their way into patterns of sexual excitement and arousal by being introduced to what, for most boys, are soft-core pornographic images–at least at first. Before long, pornography becomes a sexual whirlpool, pulling users into deeper and deeper habits and into more and more extreme versions of pornography. It’s why  men click and follow Insta-Models.  They are just body parts.

For Robert, women were and are just accessories. He uses and styles  them according to his need. They are nothing  but to be used as  tools.

Once again, I ask the question. Why are you shocked?

God’s gift of sexuality is being trampled underfoot and grotesquely corrupted by the commercialized debasement of sexuality. The wreckage left in the wake of pornography reaches many Christian homes, schools, churches, and countless Christian lives.