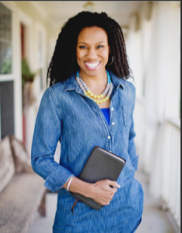 Bible teacher Priscilla Shirer announced via Twitter that she is home following surgery last Monday to remove a lobe from her left lung due to “dangerous irregularities.”

She tweeted, “Home,” just three days after her operation.

Shirer, daughter of Dr. Tony Evans, revealed on Facebook last week about the upcoming surgery and Christians around the country have been rallying in prayer for her recovery.

“Several pulmonary specialists and I have watched it meticulously since then. This past summer, it was clear that something surgical needed to be done as the nodule had begun to grow and show signs of dangerous irregularities,” she wrote.

Popular Bible teachers Beth Moore and Christine Caine posted a video on Instagram saying they were “armed and dangerous” with anointing oil to pray for Shirer the morning of her surgery.

The women marched around the Dallas hospital where Shirer was being operated on and prayed for her and the surgical team.

Later Moore shared an update on how well the surgery went.

“I’m going to just give you the very basics because I want to leave every kind of detail to the family and respect them completely in this,” Moore said on Instagram Tuesday