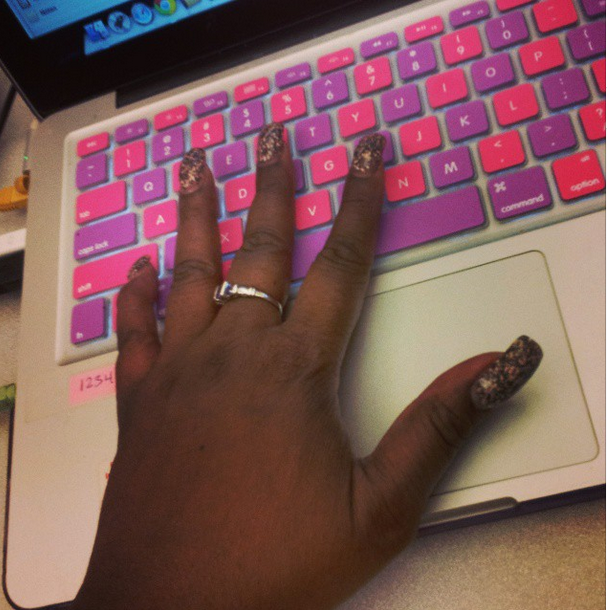 Over the years, her complexion darkened, her hairstyles changed to reflect those commonly worn by black women and her appearance, overall, masked any traces of being white. Rachel Dolezal has insisted repeatedly that she is a black woman, but in 2002, she sued Howard University for discriminating against her — as a white woman!

Most of America is downright puzzled. Is it a mental defect? Is it emotional damage? Has she no idea that the real reason that people, particularly black women, are incensed is because our identity is being co-opted as if it is a choice. I do not get up in the morning and decide whether my identity is to be a black woman or not. That is the reflection of the truth staring back at me from my bathroom mirror.  It is the way of my hips, the color of my lips, the texture of my being.

I am a black woman. Yes, there are degrees of other things in my genetic gene pool. My hair color is resultant  of my family mixture. My personality is shaped by the wealth of knowledge and tradition passed on by parents. The truth is that identity is important. It is the spice that makes up the gumbo of life.

The ‘Black is beautiful,’ mantra is a great thing. It is more than just a title that one can wear. For many of us we can’t take it off and on like clothing that suits how we feel. It’s disingenuous of Rachel to tell the world that when she was smaller her  choice was “a brown crayon over peach.” Her parents still provided her with a blue eyed-blonde barbie doll. My parents had to search high and low for a doll that looked like me. Christie was her name. I loved that doll.  It was the 1970’s and we were still  fighting our way into the collective.

“I identify as black. … I was drawing self-portraits with the brown crayon instead of the peach crayon, and black curly hair,”Rachel Dolezal

I say all this to say, that I am sure that she never wanted to be a little black girl. Even if by some slim chance  that was true, she could never ever be what I am. She could never have the struggles of having to do everything 195% right. She would never ever have the hindrance of being told that you are out of place at a rock concert, stared at in a bowling alley, or questioned when sitting in a classical piano recital.  She would never have someone question her faith when she affirmed that she was Roman Catholic by choice. I have had all of that happen.

Being a black woman is not something that is easy. Being a woman isn’t easy. Black women in America have learned to find humor in devastating loss,  to see beauty in desperation, struggle and horror. We are caregivers and breadwinners, mothers, sisters and aunties showing incredible strength and resilience, unflinching loyalty, boundless love and affection. When a black woman loves you, she loves you from the depth that cannot be described. We are taught to keep going even when our pride has been injured and our good name muddied. We are the ones who end up praising God from behind the eight ball.

Rachel wouldn’t know those things. She can stop being Black when she wants to. Period. And she has. See her lawsuit against Howard University.

My biggest issue is that this is one more thing that society will accept as being allowable to negate Black women. That’s what bothers me. The idea that a new term, “transracial” has been created to accept someone’s obvious odd choice is abominable. You can appreciate a culture, celebrate a culture and embrace a culture without trivializing a people to just a box you can check for interests.