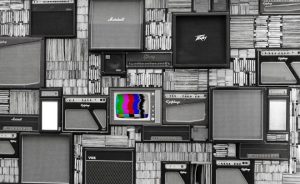 For more than 20 years, the Foundation has been recording and preserving the first-person stories of television’s creation and its evolution, amassing the largest oral history archive on the medium and, since 2008, making it available online.
That website has been redesigned, updated and expanded, housing a curated and fully searchable, cross-referenced online archive of over 4,000 hours of uncensored interviews with icons from television’s earliest days to current stars and visionaries. It’s an unmatched collection of in-depth conversations with industry professionals from many disciplines and in all genres in television who speak candidly, at times comically, and always perceptively about their careers and experiences.
Visitors to the site can screen thousands of clips from the personal stories of TV’s greatest luminaries: Walter Cronkite shares the emotional challenge of reporting the assassination of President John F. Kennedy; Star Trek’sNichelle Nichols reveals that Martin Luther King Jr. encouraged her to continue her role as one of television’s most prominent African-American characters; Late Show with David Letterman’s Paul Shaffer divulges he was the first star approached to play George Costanza in Seinfeld; Rita Moreno reflects on the stereotypical roles available for Hispanic actors in the 1950s; and, then-NBC journalist Linda Ellerbee notes that no dress code existed for female reporters on Capitol Hill in the 1970s since no one expected women to hold those positions.
The accomplished men and women profiled provide insight into the lives and work of the artists, corporate executives, larger-than-life characters and technical innovators responsible for the evolution of television. These firsthand accounts capture the context of different eras in American history, illustrating how television reflected society through its news and entertainment content and shaped culture in ways that no other medium could.
All of the inspiring, funny, poignant and fascinating stories — from Betty White to Edie Falco, John Amos to Dick Van Dyke, Edward James Olmos to Richard Thomas, Diane English to Norman Lear — make The Interviews an irreplaceable industry resource. The Foundation has also established partnerships with the Academy of Motion Picture Arts and Sciences’ Visual History Program, Emerson College’s American Comedy Archives and the Writers Guild Foundation to co-produce and share content on The Interviews site.
The new site premieres with a number of newly produced and catalogued interviews, including a conversation with Emmy® Award-winner Larry Wilmore (black-ish/The Bernie Mac Show). Additional new 2018 interviews include: Saturday Night Live’s production design team and Director Don Roy King, Bonnie Bartlett (St. Elsewhere/Home Improvement/Once and Again), Director/Producer Barry Levinson (OZ/The Wizard of Lies), Jimmie Walker (Good Times), William Daniels (St. Elsewhere/Boy Meets World), John Astin (The Addams Family), Louise Lasser (Girls/Mary Hartman, Mary Hartman) and Bernie Kopell (The Love Boat/Get Smart).

“The Foundation is thrilled to present the redesigned site for this historic video collection,” said Madeline Di Nonno, chair of the Television Academy Foundation. “For over two decades the Foundation has been producing The Interviews, providing an invaluable, free-to-screen resource for students, teachers, journalists, TV fans, producers, historians and the general public worldwide. We invite everyone to visit the site and explore its fresh content and updated features.”

Jodi Delaney, executive director of the Television Academy Foundation, said, “With the new website launched, the Foundation is focused on fundraising for a long-term storage and preservation plan for The Interviews as well as making it more accessible with captioning and language translation.”