Yes, Christmas day has arrived and I know you are looking for something to watch.

Here are some family binge-worthy things to watch. If you are not one of the millions that will go out for a movie at the end  of the day here are some choices for you.

PureFlix has a winner with ‘The Chosen‘.

If you haven’t had the chance to see it, I suggest you add the app and watch. Backed by over $11 million dollars raised through crowdfunding, a dramatic adaptation of the ministry and miracles of Jesus Christ launched.  I watched and I had to tell you I was more than impressed. Do you want diversity? It has it.  Do you want to see scripture come alive in a language you understand?  This does it.  It was the #1 Crowdfunded. I found the series really engaging and actually entertaining and spiritually grounded.

For the history buffs in your house  you can watch TURИ: Washington’s Spies 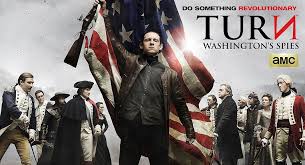 The story covers events from 1776 to 1781, and features a farmer from Setauket, New York and his childhood friends. They form an unlikely group of spies called the Culper Ring, which eventually helps to turn the tide during the American Revolutionary War. The series begins in October 1776, shortly after British victories recapture Long Island and the Port of New York for the Crown, and leave General George Washington’s army in dire straits. The first episode opens with the following introductory text:

As a junior historian, I thought the trivia nuggets they left you were amazing. It does have moments of violence and salty language but, it is nothing that you can’t manage when watching with children. It may even get your Hamilton focused kids to be a little more curious about other facets of the time period.

For the crowd that wants a little more modern history and and an interesting story, try ‘The Crown‘

The Crown is a historical drama web television series about the reign of Queen Elizabeth II. The first season covers the period from Queen Elizabeth’s marriage to Philip, Duke of Edinburgh in 1947 to the disintegration of her sister Princess Margaret’s engagement to Group Captain Peter Townsend in 1955. The second season covers the period from the Suez Crisis in 1956 to the retirement of Prime Minister Harold Macmillan in 1963 and the birth of Prince Edward in 1964. The language can be coarse and the content mature. You can watch without fear that there will be too much told on screen. It is tastefully entertaining and informative.