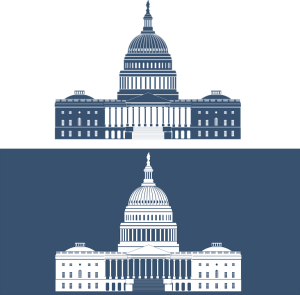 A congressman or congresswoman representative is elected to a two-year term serving the people of a specific congressional district. The number of voting representatives in the House is fixed by law at no more than 435, proportionally representing the population of the 50 states.

The 2016 United States House of Representatives elections will be held on November 8, 2016. Elections will be held to elect representatives from all 435 congressional districts across each of the 50 U.S. states. Currently, there are five delegates representing the District of Columbia, the Virgin Islands, Guam, American Samoa, and the Commonwealth of the Northern Mariana Islands. A resident commissioner represents Puerto Rico.

The Constitution,  states the House represents citizens based on district populations, while the Senate represents citizens on an equal state basis. This agreement was part of what is called The Great Compromise which, in turn, led to the Permanent Seat of Government Act establishing the nation’s federal capital in Washington, DC. In 1789, the House assembled for the first time in New York. It moved to Philadelphia in 1790 and then to Washington, DC, in 1800.

House leadership includes the speaker, majority and minority leaders, assistant leaders, whips and a party caucus or conference. The speaker acts as leader of the House and combines several institutional and administrative roles. Majority and minority leaders represent their respective parties on the House floor. Whips assist leadership in managing their party’s legislative program on the House floor. A party caucus or conference is the name given to a meeting of or organization of all party members in the House. During these meetings, party members discuss matters of concern.

The majority party members and the minority party members meet in separate caucuses to select their leader. Third parties rarely have had enough members to elect their own leadership, and independents will generally join one of the larger party organizations to receive committee assignments.

The House’s committees consider bills and issues and oversee agencies, programs, and activities within their jurisdictions.

They are as follows:

You can track your Congressman’s vote here: