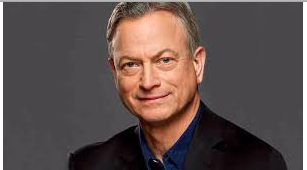 “I’ve gotten to know a lot of these families,I love them and I want to just do something to help them through.”- Gary Sinise

According to a local news outlet, the trip is part of the Gary Sinise Foundation’s Snowball Express. The program started in 2006 when Sinise fulfilled a fallen soldier’s wish to take his kids to Disney World.

“The important ingredient is that these kids meet each other and they know they’re not alone,” Sinise said. “They make friendships that last a lifetime.”

Families from over 87 cities throughout the world came to the “most magical place on Earth” with a surviving parent or guardian. This year marks the 14th anniversary of the Snowball Express. Partnering with corporate sponsors, such as American Airlines, the Foundation sees this trip as an important part of the family’s healing process.